Filed under: releases No Comments 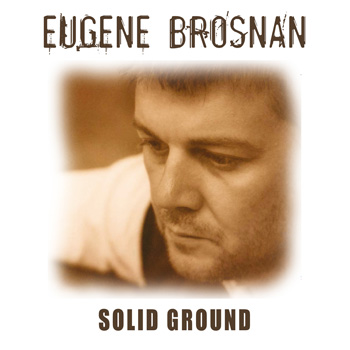 …with his third solo release, “Solid Ground”, Eugene Brosnan pays tribute
to the songwriters that have been a constant inspiration to him,
by putting on record some of the tracks that have inspired him over the years.

Songs from Dylan, Warren Zevon and Bruce Springsteen, along with fresh versions of his own compositions
which have “transmutated” with time and the road and a poignant rendition of Patrick Kavanagh’s great love ballad
“On Raglan Road”, make up this very real and soulful acoustic album.

“Brosnan’s strength lies in his songwriting, a succinct and canny storyteller” (Siobhan Long, The Irish Times)